We’re excited to reveal our cover girl, Shirley Chisholm, in the 2019 #HERoineLegacy Magazine, who we dedicated this edition to. Click the magazine to read the amazing stories of this year’s honorees. Enjoy the stories! 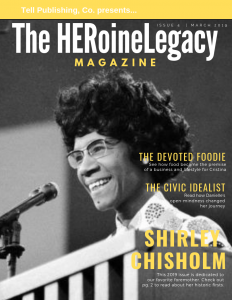 THE #HEROINELEGACY BRUNCH WAS A CELEBRATION OF BLACK WOMEN!

The 4th Annual #HERoineLegacy brunch was a gathering of Memphians honoring, celebrating and praying for our 2019 Honorees. This was the first year that Tell Publishing took over producing the event; they’ve always published the magazine. The event hosts Jamal Whitlow and Azizah Bashirah helped keep the program flowing. Guest Speaker LaShundra Richmond gave a moving speech that ended with a circle of prayer that left a lot of us in tears. We’re excited for next year’s event. Take a peak at some of the pictures! 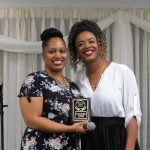 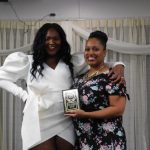 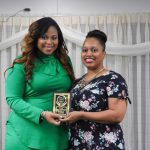 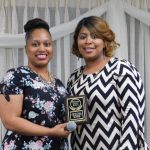 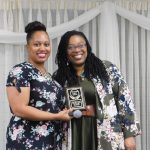 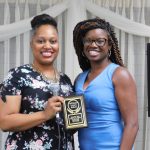 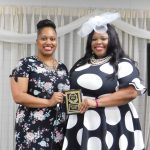 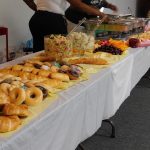 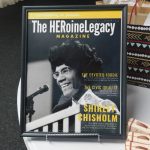 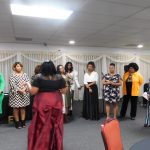 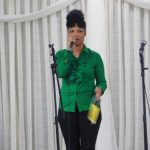 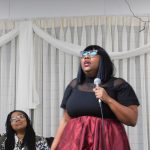 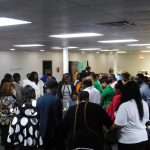 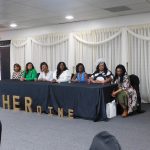 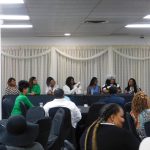 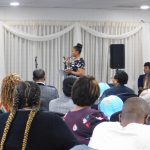 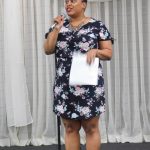 TJ Jefferson, a Memphis native, was living in Savannah, Georgia and working as a manager for a car salvage auction when she says her prayers were answered.

“I got laid off, which was really great. I know that sounds crazy.”

It’s not that her job was unbearable. In fact, she was thriving there. It was just that aside from the leadership skills she developed, it didn’t have much to do with her career goals. TJ had graduated from Tennessee State University with a degree in print journalism and communication but had also taken a liking to public relations in her final semester. She had previously run her own PR company but ran into some frustration while building her client base and let that go. The car salvage gig in Savannah wasn’t where she wanted her story to end, so when fate gave her the out, TJ took the opportunity to think about what would come next.

Her path forward was revealed by a neighbor.

“I had a neighbor who was in cosmetology school and she had a best friend who had a bee farm. They created a hair care product from beeswax from the bee farm, and she let me use it.”

TJ says she was so impressed with the quality that she wanted to share it with everyone.

“I ended up writing her a press release one day and she was like “What is this? This is great! This makes us sound really good!” I’m explaining to her what a press release is and she said, ‘You should reopen your PR business.’ I thought, why not? So I did and I stuck with it that time, but I moved to Atlanta.”

Another loving nudge from a woman in her life would change TJ’s direction again. Her mentor had some thoughts on building a career in Atlanta.

“She really pushed me, ‘Move from Atlanta, find another market. Everyone’s too “important” in Atlanta.’ I don’t even know how Memphis or Tennessee came back on the radar but it did. I said, ‘I’m not moving back home, what are you talking about? I’ve been gone for 12 years. I’m not doing that.’ She said, ‘You need to.’ I did, I came home and I prayed ‘God, I’m going to be home for a week. If you let me work for a week without distractions, I’ll take that as a sign that I’m supposed to come back.’ ”

As someone whose personal journey has been greatly influenced by the women around her, it seems fitting that TJ is preparing to host the HERoineLegacy Brunch this weekend to honor women who inspire the community around them. She founded HERoineLegacy Magazine in 2016 as a way to mark Women’s History Month and share the stories of amazing, everyday women in Memphis.

TJ Jefferson founded HERoineLegacy Magazine in 2016 in honor of Women’s History Month. Instead of focusing solely on the African-American icons who’ve paved the way, she wanted to also “tell the stories of everyday women of who have taken advantage of the opportunities fought by our foremothers, no matter how big or small.” The 4th Annual HERoineLegacy Honors Brunch and Magazine Reveal will give you a look at the next issue of the magazine and highlight the stories of seven dynamic women in Memphis. 2019 Honorees include Latricea Adams, Quavisa Henderson, Melody Hubbard Robinson, Danielle Inez, Laquita Jones, Shahidah Jones, and Cristina McCarter. Tickets are $28 and can be purchased here.

MEMPHIS WOMEN TO BE HONORED AT #HEROINELEGACY BRUNCH

Memphis, Tenn. – Tell Publishing, Co. will be publicly honoring and telling the stories of SEVEN dynamic women in Memphis at the 4th Annual #HERoineLegacy Honors Brunch and Magazine Reveal. The event will take place Saturday, March 9, 10am to noon at the Alpha Memphis Foundation in Whitehaven. This year’s theme is “Journeying to Destiny Together.”

The c/o 2019 #HERoineLegacy Honorees are shown below. Our covergirl has always been a foremother who helped pave the way for us girls to be amazing today. We sent out surveys for the public to vote on who should be this year’s covergirl and that will be revealed at that brunch. The finalists were Ida B. Wells, Shirley Chisholm, and Wilma Rudolph.

“Recognizing the greatness in others-no matter how small or insignificant it may seem to others- is my gift,” said TJ Jefferson, Creator of the #HERoineLegacy Magazine and Brunch event. “I celebrate women for just being women. We don’t always have it all together and we graciously figure it out as we go along. I need people to see the beauty in our wins but especially in our flaws.”

We have returning hosts Azizah Bashirah (Comedienne) and Jamal Whitlow (Privileged Memphis), who is also the sponsor for the open Mimosa Bar, to keep the program running smoothly. Azizah Bashirah will perform a comedy set that will have us laughing from our gut! The guest speaker is LaShundra Richmond, Founder of the Destiny House, a nonprofit organization that provides practical support for women and children in education/school improvements, business and community outreach ministries.

Last year, it was announced that the #HERoineLegacy Brunch will be an annual fundraiser for The Destiny House. Our goal is to support their first impactful endeavor which will be to open an all-girls charter school in downtown Memphis. It is our hope that this partnership will produce a hub of future honorees.

“We are immensely excited to continue our efforts in partnership with Tell Publishing of celebrating women while preparing our girls to understand the significance of their mere existence,” said Richmond. “The girls we equip and empower today will someday be the women we honor and salute of tomorrow. There is no greater impact than the sowing of those seeds now!”

A HUGE THANK YOU TO OUR SPONSORS:

We still have some advertising space available in the #HERoineLegacy Magazine if you want to get your business noticed.

Get your BRUNCH TICKETS HERE! 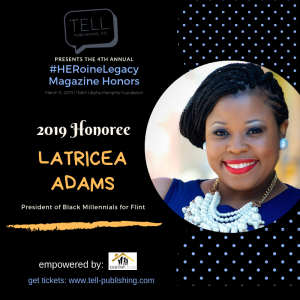 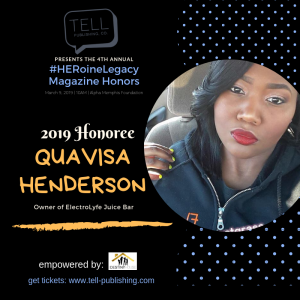 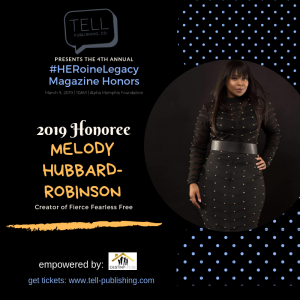 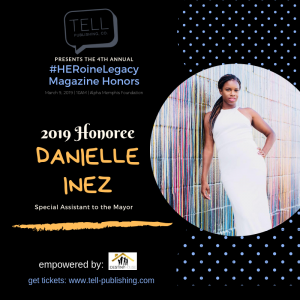 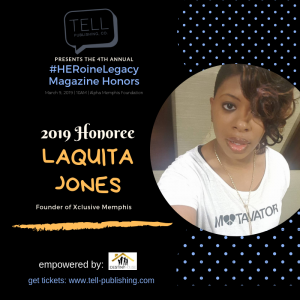 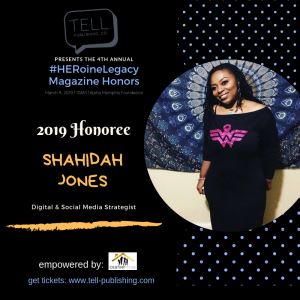 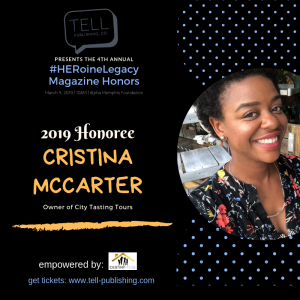 GET A DISCOUNT CODE FOR AD!

We are launching a sale on advertising space in the 4th Annual #HERoineLegacy Magazine for the week of January 12-18. Use the discount codes below to take advantage of this amazing sale. Read the past three issues of the magazine HERE. 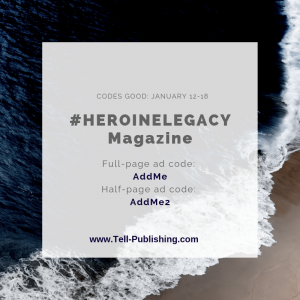